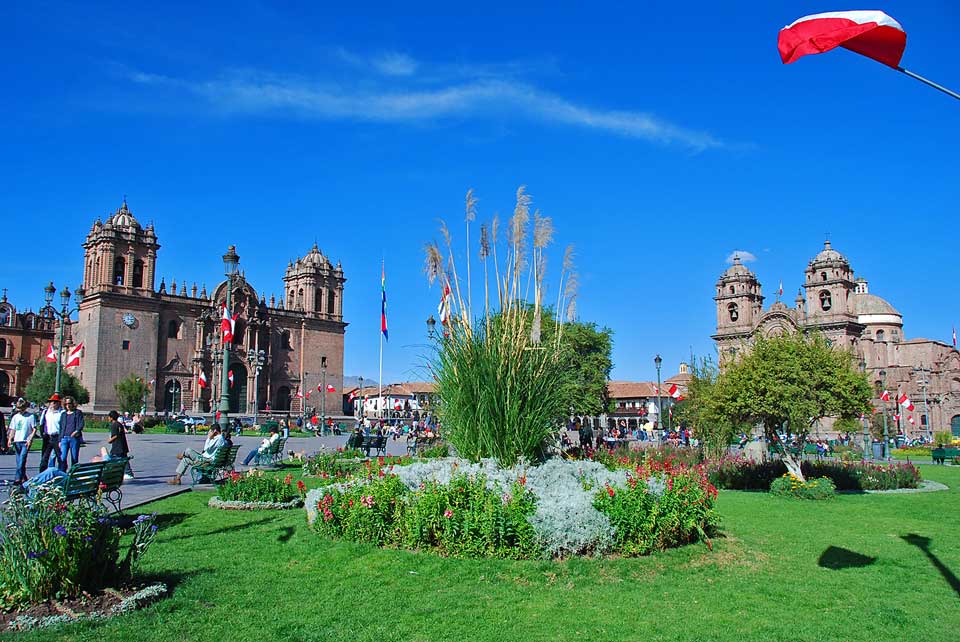 (It was the Main Temple of the Incas) where Sun God is worshiped, About the engineering used in the construction of this place, its walls were covered with gold and in its mean terraces there were sheets of animals in gold made in natural size, which also kept over there mains of the Incas and their wives who in ever ruled these lands which were embalmed, chronicles indicate that these seemed to be alive.

(Head of the great Puma)

The city of Cusco was in the form of a Puma and the exactly Head was Saqsayhuaman. It is 3 km from the city of Cusco. The Temple has impressive monumental and magnificent stone architecture, also known as "la Casa del Sol" Annually on 24 June is here where is performed the ancestral ritual of Inti Raymi.

(Temple of the Pachamama or Mother Earth) was a ceremonial temple, there is an amphitheatre where sacrifices were made on a black flame, that every winter solstice "June 21" in the shadow a planned for well-polished bricks, born a natural phenomenon "The Awakening of the Puma" for the Incas was the beginning of the great festival of Inti Raymi

(Fortaleza Inca) old tambo, surveillance existed throughout the Empire and along the Inca roads. Also, it was a controlled entry and exit of all those traveling to or from the holy city of Cusco.

(royal baths) at 7 km. from the city of Cusco is a ceremonial place of worship for the water, its wings are named sources of water that exist on the site. Also is believed to be resting place of the Inka.

6:30 p.m. return to Cusco leaving you in your hotel or in the beautiful (mean square) Plaza de Armas.

If you want more information please send us an e-mail to info@imperiostravel.com we'll be more than happy answering your questions.